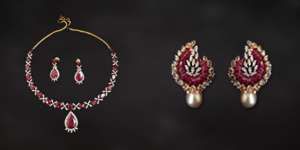 Ruby word comes from Ruber which, means red in latin.

It is the red variety of mineral corundum with hardness of 9 next to the diamond.

The color of ruby ranges from bright red to dark reddish-brown which is due to traces of chromium in its crystal matrix.

The quality of a ruby is determined by its Colour, Cut, and Clarity, which along with Carat weight, affect its value. The brightest and most valuable “red” called blood-red or “pigeon blood”, commands a large premium over other rubies of similar quality.

Based on their geographical source they are distinguished into

Mogok mines of Burma is the most famous ruby mine known for giving the world many famous and flawless rubies.

Ruby is identical in appearance to Ruby Spinel. In fact, many old famous red gemstones thought to be rubies were determined to actually be Spinel. Ruby and Spinel often occur together in the mineral environment and localities. 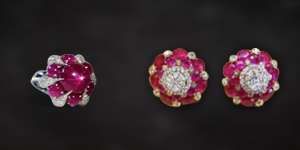